Skip to content
Check out the tarot dictionary if you are confused about tarot terms. Significator, archetype, reversals, querent, arcana, are you getting lost in tarot lingo? Find a definition of these words in our basic tarot dictionary.

In Jungian psychology, archetypes are defined as a primitive mental image inherited from our ancestors and shared in the collective unconscious.

The pages, knights, queens, and kings of a tarot deck. They often represent people or aspects of a personality.

A controversial member of the hermetic order of the Golden Dawn. He designed the Thoth tarot with the help of artist Frieda Harris.

The tarot suits related to emotions, intuition, and creativity.

The practice of seeking knowledge of future events. Understanding the present helps predict the possible outcomes.

Intended to be understood by a limited number of people with specialized knowledge.

The ability to understand something immediately, without conscious reasoning.

Cards arranged in a predetermined pattern for a tarot reading. The nature of the question defines the appropriate layout.

The most popular tarot deck, originally produced in the Marseille area and still used for playing.

The twenty-two trump cards are typical of the tarot deck. They represent main events and archetypal energies at work.

The fifty-six tarot cards are divided into four suits. They describe situations of everyday life.

One of the four suits of the tarot deck, corresponding in other decks to the coins. This suit is associated with the material world, money, and resources.

Numerical cards that go in the tarot deck from one to ten.

Whoever is asking a question to the tarot cards.

Formulate the appropriate question to receive a satisfying answer.

The act of interpreting the card symbols.

Someone who interprets the tarot symbols. With intuition and a little practice, anyone can be a tarot reader.

Cards that show upside down in a spread. Some readers give them a special meaning and some don’t.

The most popular of the illustrated tarot decks. First published in 1909 by Rider. Illustrated by artist Pamela Coleman Smith under the direction of Arthur Edward Waite.

A card that represents the querent in a tarot layout. It can be chosen or picked randomly.

The pattern in which the tarot cards are arranged for reading.

A set of cards distinguished by the same pictorial symbols. In the tarot deck, the suits are cups, wands, swords, and pentacles.

Something that represents something else, often a material object that stands for an abstract concept and embodies its essence.

A coincidence of various events that appear to be meaningfully related.

The suit is related to the intellect, challenges, and rational mind.

A card suit that ranks above the others, in the tarot deck the Major Arcana is the trumps.

Member of the Golden Dawn, creator of the famous Rider-Waite tarot deck-

A stick or a club as in the suit of wands. This symbol is related to inspiration, projects, activity. 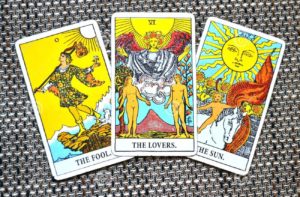 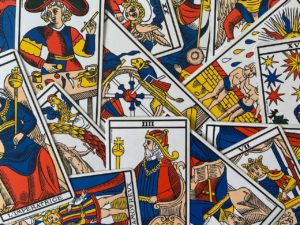 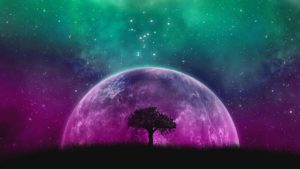